What is Exercise-Induced Bronchoconstriction, and How Can I Prevent It? 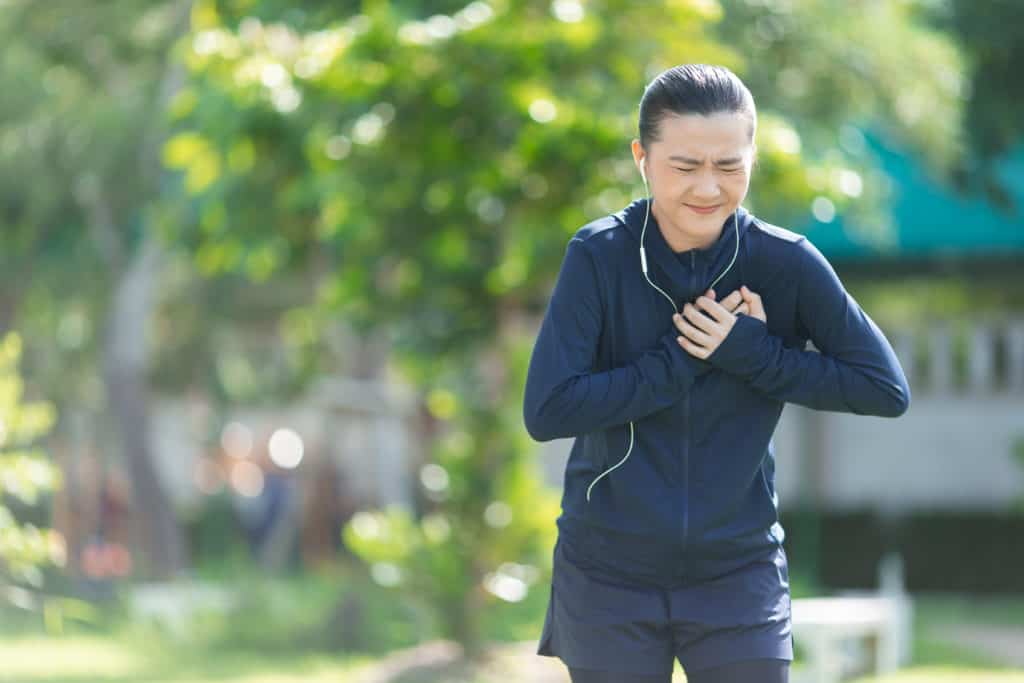 When people have trouble breathing while exercising, they often justify the sensation by saying, “I’m just out of shape.” While this may be true, in many cases, shortness of breath could be a symptom of something more serious: exercise-Induced bronchoconstriction.

What is Exercise-Induced Bronchoconstriction?

Exercise-induced bronchoconstriction (commonly known as exercise-induced asthma or EIB) is a condition that causes the body’s airways to constrict, making it difficult to breathe during exercise.

According to the Mayo Clinic, 90% of people diagnosed with chronic asthma also suffer from exercise-induced bronchoconstriction. However, the condition can affect anyone, regardless of health or fitness level. EIB is actually more common among elite-level athletes than your average person.

While the exact cause of exercise-induced bronchoconstriction is unclear, several factors can trigger symptoms in an individual.

As mentioned above, athletes and those with pre-existing respiratory conditions are at the highest risk for experiencing EIB. However, researchers suggest that the air quality of the exercise space may significantly affect how the lungs and airways react when under physical exertion.

Naturally, when we breathe, the air is heated and humidified as it passes through our airways and into our lungs. But when exercising in colder, dryer weather, this process is bypassed. As our breathing deepens and becomes more rapid, vast quantities of frigid air are directly delivered to our lungs, creating sub-optimal breathing conditions that can induce symptoms of EIB.

Additionally, allergists suggest that for many people, exercise-induced asthma may actually be an allergic reaction caused by inhaling large quantities of airborne pollutants such as pollen, dust, or chemicals.

How Can You Prevent Exercise-Induced Bronchoconstriction?

If you’ve noticed that you have a hard time breathing during your workouts, you may need to make some adjustments to your routine or environment. Here are a few steps you can take to reduce the chances of experiencing the symptoms of exercise-induced bronchoconstriction.

Have the air in your home checked – If you exercise at home, having clean air is essential. An air quality test conducted by a qualified technician can tell you precisely what’s in your air and how to eliminate any existing pollutants.

Warm-up before exercise – Taking a few minutes to ease into vigorous activity gradually will help your body adjust to increased breathing and heart rate, preventing your respiratory system from going into shock.

Talk to your doctor – If EIB is a persistent problem for you, it’s best to consult with your doctor. He or she may prescribe you medication to help control your breathing while exercising.

Is the Air in Your Home Clean?

At Air Quality Consultants, we recognize that regular exercise is an essential part of a healthy lifestyle. However, to benefit from an exercise routine, you need clean air. For years we’ve been helping residents of the Richmond and Virginia Beach areas to identify and eliminate airborne pollutants in their homes.

Don’t let your air quality hinder you from getting the most out of your home workouts! Schedule an indoor air quality test today!

CONTACT US
PrevPreviousIs Mold Common in the Basement?
Next4 Easy Ways to Create a Healthy HomeNext 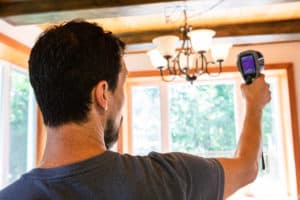 We may accept that allergies are an unpleasant side-effect of the summer. But when you start to experience them all year round, they become more 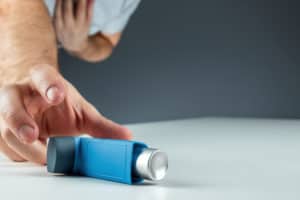 The Role of Indoor Air Quality in Allergy and Asthma Management

Many outdoor environments and particular seasons are well known to irritate allergies and asthma. However, many people don’t realize their indoor environment may be more